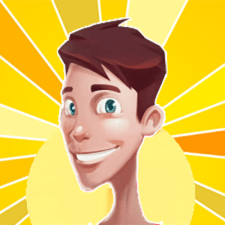 Everything is great, as a good customer is usual!The !

The customer of the highest level, explains everything perfectly and in case.

As always, a great customer understands and gives a clear tz.

As always, a great customer understands and gives a clear tz.

Communication at the highest level is very pleasant to work with such people. I recommend it as a responsible and very decent customer.

What I can say, for a long time I didn’t find customers who don’t want to do their job, namely describe what they need. I understand that there are customers who simply don’t know how to describe because it’s the first project, but there’s already enough closed projects.
Instead of normally describing TZ, Edward Kovalov issued some breaks of descriptions that were not linked to each other. And because there is no clear task, the man himself forgot what he wanted.
There were additional tasks that were not included in my plans.
Thus, tasks that no longer fit into the logic of the parts made.
This is the time)
Thank you Edward Kowalov for the lesson.
In the rest, Edward is a normal person like everything.

The customer is very scrupulous, the requirements for the final product are higher than the average. The task is clear, the feedback is operational, the communication is correct, the payment is immediately after the conclusion of the final option.
Thank you for the project)

Edward is a very good customer with whom it is comfortable to work with!

I could repair it. The customer did not explain what was to be fixed and suddenly closed the project. ...

And with Edward, it’s a great pleasure to work.

Thanks to the clear requirements, the project was successfully completed.

Edward is an excellent customer who can easily explain to the executive his work and discuss important details with him. I recommend Edward as a responsible customer!