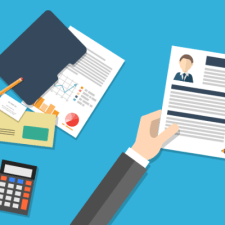 The collaboration passed smoothly, good contact, responsible approach. Thank you for the project!

27 August 2500 UAH
Close the collage from the picture

The customer is great. It has a clear task, almost always in contact.

1 August 4000 UAH
You need a Web Designer to update the site.

A wonderful order!
I recommend cooperation!

A good customer, understandable TZ. I will wait for more tasks!

It went well, I recommend.

Always on a quality level, very pleasant to work together. I recommend

A good commander! It’s not the first time we work! Work and payments are always at a high level. Thank you !

Everything is great! The only inspection of the work takes place quite a long time.

Working was easy and interesting. I hope for fruitful cooperation in the future.

Thanks for your order. Always happy to help where I can.

Everything is great. Thank you for cooperation.

Thanks for another joint project! Everything is great, I recommend!

A great commander! It is easy to communicate and greatly explains the task. I recommend cooperation!

1) I showed a patch ( link to the patch adobe xd ) where there were 3 separate pages ( 1920px ) without an adapter.I asked about the adapter and that I assessed the modem without the adapter and in the future it will be a separate task.But later the customer was trying to make an adapter "under the laptop", while the model was scheduled for 1920.I had to make an adapter under 1200 needed either a design for a tablet or I myself to adapt it.I said what to pay for the adaptative and what to do on your own discretion.I made an adaptation, I didn’t see the money.2) I insisted that I had to launch a project on the server so that he could see it (upgrade projects on the server as the server itself - the task of DevOps), I went to a meeting, upgrade as it could, because it was not done before.After that, I gave up the job and he couldn’t check it for another three days, constantly pulling a cranberry.On his side, as (as I understand) the client doesn’t really understand how everything works, he wrote him a full instructions on the development of the program on the Mac (starting with the Node installation).3) The buyer responds very rarely that the process is substantially hallucinated even the layer.4) The assigned tasks do not match the final requirements.And now the question is, where is this edition of 3 (different) pages?At the order I spent ~32 hours, and in fact on communication and other tasks spent much more time that I did not pay for.

Great customer, I recommend it!
I hope to regain cooperation!

Thank you for your collaboration, everything is fine.

It went great, I recommend it. I hope for further cooperation.

I am very pleased to collaborate, I recommend!

A good customer, clearly understands what it needs and clearly speaks the task.

Clear setting of tasks, quick check and payment. I recommend that you work as a fair and reliable customer. 🙂

Excellent customer, adequate requirements and contact.
I would like to work together, I would not be against working more.

Thank you for the interesting project and the opportunity to work on it. If necessary, contact

Thank you for collaboration, very pleasant to work.

Glad to work together, thank you!