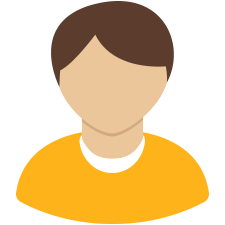 Reviews and compliments on completed projects 16 1

The project is carried out quickly and professionally, only sometimes it is quite difficult to agree, find a compromise.

A great programmer! I did everything quickly and quality. I recommend !

Thank you Victor for the work done! Very good execution, on 24/7, the project was completed by 110%, made more than agreed!
I advise for cooperation!!The !

Thank you, it’s all great!!! Thank you for the well done work!

Fast and clearly. A good performer.

Everything is great. Fast and quality. I recommend

greatly . Quick and quality performance of the task. I advise.

The project has been carried out by another executor. I hope this is not the systemic mistake of this artist.

Quick and quality implementation of the project. I recommend it.

Victor and thank you!

The execution carried out the project well though the project was difficult. It was necessary to understand the finished script and make the necessary changes. Victor did everything quality and quickly, fulfilled all the points of the TZ. He was always in contact.

Viktor Viktorovich carried out the project we worked on through the seafood. After that, he in the implementation of another task, received a direct payment for it. Then, another task was taken and ... untracefully disappeared. Three weeks have passed, but no response to my messages. Whether his plans have changed, whether he decided not to take my task or something else, but to write a message that he refuses to work, it was still worth it. Despite the good performance of the first task, I’m forced to lower the points for contact. Being on the site and not responding to messages is not entirely contactful.

The work was done quality and quickly. I am satisfied, I advise everyone.

Great code, I wrote earlier. My eyes are pleased.

The project has been carried out by another executor. I hope this is not the systemic mistake of this artist.