Offer Anna to work on your next project. 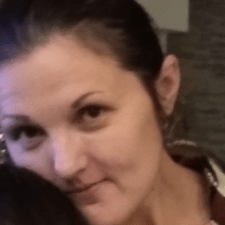 Reviews and compliments on completed projects 566 26

Thank you for the performance!
We work further.

Everything is good and all is resolved. There were some shortcomings that were quickly corrected, thank you.

This is the worst collaboration with the author.
He worked for 20 days.
Nothing was sent, rejection as for a child, the work was ordered until the light was turned off.
The rejection of which she came afterwards.
That feeling that a person doesn’t need money, she was purely forced from me, the service and raised the student.
I don’t want to work even free.

A good, responsible and literary expert. I recommend

Thank you for the performance!
Working

Thank you for the performance!
Despite the discomfort, the author performed this work. I value it.

Thank you for the performance!
We work.

Thank you for the work done!

Thank you for the performance!
Responsible and professional author.

I am pleased, I recommend cooperation.

25 October 850 UAH
Writing a chapter to the Diploma

The work is done very well, thank you very much for your collaboration!

Thank you for the work done 🙂

Thank you for the performance!
Closing the project.

I am very pleased with the author.
Everything is done well and in a short time.

Thank you very much for the work done! The master's meet the declared requirements, everything is done quality and timely

Thank you for the work 🙂 All is great)

2 September 700 UAH
The course of the robot “Economic Theory”

Thank you for your work 🙂 All at the highest level!

Thank you for the operation of the project.

It's not the first time I'm working with Anna, the work is done well, thank you for cooperation.

satisfied with the work done.
I recommend working with this freelancer.

The work is done in full and quality.

There was a problem with freelancer unavailability for a few days.
The agreed deadlines were delayed by the freelancer for almost 2 weeks.

Thank you for the well done work.

Thank you for work!
executed in a short time.

Thank you for work!
It’s not the first time we work together.

Everything is super. Very good quality, no amendments

Thank you for speed, great cooperation!

Thank you for the performance!
Everything is garment.

Work was hard in the target plan, however, despite the constant changes, schedule, etc. Anna approached with understanding and brought the work to the end, for which she was unlimited grateful!

Thank you for the performance!
All is OK.

Thank you for great work! A pleasant collaboration 🙂

The project was timely with which Anna had been able to do well. We continue our further cooperation.

The work was done very well and in a very short time. Everything is great!

Everything is fine, thank you. Work performed in accordance with requirements

Thank you for the work done! In such a difficult time you can get out, protect yourself and your loved ones!

The work is done well, thank you Anna!

Not accomplished!
Time is lost.

Work is not done in time!
Not allowed to protect.

Great at the highest level!

27 May 250 UAH
Subjects: "The Ukraine Greek-designed policy and its perspective."

Thank you for the pleasant collaboration!

Qualitative and literary performers! I really liked the topic and all the calculations!
I recommend cooperation!

If you read this review, then you’ll

Thank you for the performance!
We work.

I am very pleased with the collaboration with the author.
I recommend!

Thank you for the performance!
We are working!

Thank you for the performance!
Closed

Thank you for work. Everything is done in time and at the right level.

It is normal, only a little later.

The work is done well, the author is always in contact. Thank you for work

Thank you very much for your cooperation. Everything is done well and timely.

We do not work together for the first time.
Work is satisfied.
I hope for further cooperation.

Even in extremely difficult conditions the author fulfilled the order.
Thank you for cooperation!

The project has been completed even more, unfortunately the deadlines are delayed.

Missed all the deadlines for submitting the practice report. From the very beginning, I set a deadline of 8 days. As a result, neither on the 19th (the date she indicated), nor on the 20th (until which I gave the deadline), nor even on the 21st and 22nd (on the day the report was defended), nothing, ABSOLUTELY NOTHING was sent , except as a plan at the very beginning of work. Despite the fact that at the very beginning I asked her if she would have time to submit the report, maybe she would change her mind, but in the end precious time was lost, and I had to urgently prepare at least a presentation for defense, and send the report to the teacher later. Also, she didn’t answer messages for 6-8 hours (in the last couple of days of cooperation). In addition, when I asked, LITERALLY BEGGING, on the last day, to throw off at least something, she came up with an excuse, they say she was not at home and to there was no access to the computer (the day before she said that she had problems and she did not have time to bring the uniqueness of the work to the desired level, and she cannot reset the work without bringing it to 100% readiness), in general, constant excuses. Although I reserved the amount IMMEDIATELY, as agreed to the terms of the transaction. IN GENERAL I DO NOT RECOMMEND THIS CONTRACTOR.

The project is completed, the deadlines are very delayed.

Thank you very much for a job well done. I will be in touch in the future 🙂

Everything is done according to the task. Work is satisfied

I can characterize Anna as a responsible specialist in my business, collaborating was easy and pleasant. The result of the project is pleased.

Great work! Everything is done clearly in time. Excellent expert, a sign of your business!

14 January 500 UAH
Analysis and assessment of the financial situation of the company.

The tasks were performed in time. Everything was done clearly and clearly. Great work, great cooperation.

Everything is done according to the task, timely and quality. I recommend

The author broke the date of delivery, very strongly fooled. It does not come to contact even at the request of the arbitration.

The work is not performed. It was agreed to give up on November 20th, today on December 19, no diploma work. Anna constantly feeds with promises, pray another day and slows down. Thank you for the terrible responsibility. I don’t recommend Anna Buyankin to anyone!!The !

Unfortunately the job is not done!

It’s a pity that it happened ..., I already worked with Anna and I really liked everything, so I applied again. But, unfortunately, the work was not done, I wasn’t even sent any developments, except for the plan, even at the beginning, and this is a diploma Work!!! I didn’t wait for pre-defense or after-work. For some reason, she stopped getting in touch, from time to time appearing, she promised everything ... but there was no result. I'm sorry to have to write this review, but it's not out of nowhere.

After completing the first project, he decided to propose to Anne the implementation of the second.
The result: During the time of the work, we had to know how the work was performed. The author said the work will be delivered in time. The fixed period is 10 days. It passed more than 14 days, as the deadline was extended in the hope that the author came to work. It was necessary to perform 5 statistical tasks, for the established period of time no work was obtained. The author stopped responding, the project had to be closed as unfulfilled.

Unfortunately, the project is not fully implemented.
The deadlines have passed, it has not been up to date.
Cheating the student

Time is lost, there are no chapters. There is no salary for her either. The author agreed to the return.

There are no heads. The author just extended time with the delivery.

28 April 2021 400 UAH
Non-material resources of the enterprise: formation and evaluation

The author at the beginning of the work undertakes the implementation very positively, finds out the nuances, requirements, etc. etc., but when the deadline comes, "not active" correspondence begins, in terms of passing the term paper itself, there were family issues, then such work cannot be completed in a day, although the task was given "Oh," how far day, next time the Author writes that I will definitely hand over it late at night, and I will definitely hand over the work, one night comes, and far from the second night ...., but the work as a result is "Zero", and does not get in touch.

This whole situation is frustrating when you have to hand over a term paper.

The author at the beginning of the work undertakes the implementation very positively, finds out the nuances, requirements, etc. etc., but when the deadline comes, "not active" correspondence begins, in terms of passing the term paper itself, there were family issues, then such work cannot be completed in a day, although the task was given "Oh," how far day, next time the Author writes that I will definitely hand over it late at night, and I will definitely hand over the work, one night comes, and far from the second night ...., but the work as a result is "Zero", and does not get in touch.
This whole situation is frustrating when you have to hand over a term paper.

The work has never been performed.

I don’t recommend to anyone! Instead of its 2 weeks, the project extended for 5 weeks. Every time there were some reasons for delay. It’s cold, then the text is given to the reader, then some side of the load. At the end, I had to write every day and find out if there is any progress on the project. Every time I heard all the new rumors about the fact that there was not much left and I expected unconsciously what. After all, the man just stopped responding. Very strange behavior. I lost more than a month than it made me very hard.

The project is not implemented, unfortunately.

Unfortunately, the project has not been completed!
It is forced to be closed as unfulfilled.

The executive turned out to be a fraud, four months was not enough to write even something..., first she set a deadline of 15 days, and then promised in two days to finish and so three and a half months, no advice, will only spend time and nerves...