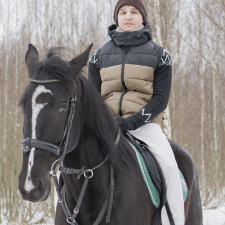 Reviews and compliments on completed projects 4

Excellent work, all in time, all the directions are done, very pleased and I recommend the executive

The executive strongly delayed the submission of the project and had to extend it. In the end, he failed, and stopped for 4 days. Initially, after the opening of the project, for a few days it didn’t get in touch. He sent a black man in which he acknowledged that there were errors. I fixed these errors for 4 days. After the work was completed, he refused to transfer the originals, he had to apply to the arbitration. Due to the delay, the advertising campaign was overturned. People don’t understand that there are such concepts in the business as deadlines and plans.
Of the plus I can only mention a price that is lower by 2-4 thousand than the other performers. The quality of the video was good, but it was “costly” to me.
I don’t recommend this artist categorically if you appreciate your time and nerves.

Thank you for work, okay.

No One | Personal | Response feedback