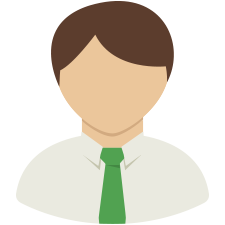 Initially, everything was quite optimistic, the customer arranged my rite, the amount of time I can spend on the project despite the situation in the country, my vision regarding the gradual organization of performance.They discussed the time and cost of the first stage (a set of main templates and UI elements), organizational issues (work on their repository management system, code and other orgs.The issues under their management have agreed on a safe deal.Here was the first signal that something was wrong (which I ignored on the background of an optimistic beginning), because the customer had some difficulties with the reservation of funds in full.Without wanting to lose the customer, I went on deals and agreed on the option with a partial prepaid, a partial reservation through a seafood (with my commission) and a residual postpaid.I started to work, performed it a day earlier, made PR as agreed, replied to the customer about the end of the stage, got the answer - "OK, soon we will check and give feedback."After that emptiness... six days later (this was Tuesday) I wrote off to the customer with a question about the deadlines of the feedback on the done work.The customer quickly replied that at the moment there is an intense work on the microservices for the project without which it is not possible to continue further work and promised within 2 days to give feedback on the first stage.Of course, neither after 2 or 3 days there was no feedback.I contacted the customer again (this was Friday) and put him in front of the fact or he gives some feedback until the end of the current day in the work area or I am applying to an arbitration.The customer didn’t answer for a long time, then the type wrote, “I heard you, yes, of course...”And disappeared again.Already late evening in the work area of the project, having provided all the materials on the work done I wrote that according to the rules of arbitration I wait another 3 days and open the dispute.As a result, late night I received a message that the customer closed the deal positively (after 11 days).In the telegraph he replied that the further cooperation was inappropriate and, of course, did not pay that part of the funds that went postpayed at the end of the stage.In general, this is a story.Who is he?A very busy person to whom the deal, time and resources spent on the execution, or a ordinary scammers who try with the hands of others with the minimum costs to realize their project.