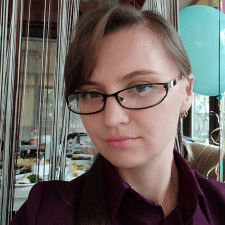 It’s great, I understand the task. I recommend it!

It was a pleasure to work with the castle! Everything is great, clear tasks, rapidity. I was pleased to cooperate!

He has all the resources needed for work.
He searched for methods (bibliothes) that attracted so much resources that in turn affected the speed.
The entire structure of the site was indexed and the problem was found, part was solved.
Unfortunately, the problem has not been eliminated entirely from my side because of the lack of time for this case.

In turn, he gave a clear answer and mentioned that he only performed the task by 70%.
The customer has always been in touch and treated with understanding to my proposal, for which he is very grateful.

12 May 2100 UAH
Further development of the site

Everything is fine, I recommend. We will continue to cooperate

Everything went wonderfully! I recommend cooperation.

I would like to say, thank you very much, you are genuine. Now and for me, this end will be forever.

Everything went greatly.
Always on communication, adequate communication and generally a positive person.
I recommend cooperation.

Good customer, clear TZ, quick answers to questions.
I am pleased to cooperate and I will be happy to continue cooperating!