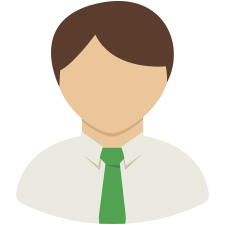 As usual, it all went without a clay and a clay!

A great friend, all of you)
There’s only one small problem, you can get a little late with the answers.)

TZ is clearly provided. The customer is always in contact. I recommend cooperation!

Thank you for your collaboration for the second time.
As in the past, it is at the height.
The only thing I can blame a little:
A long, even justified waiting for a check, only after which I got the funds.
I recommend working with Victor.
thank you

If Victor offers you a job, please agree, because the customer is good.
Personally I was given patterns for work, a little later - icons, wishes and the deadline for which I had to complete the order.
Everything went well, payments were not delayed.
Also, Victor was almost always in contact and accepted some directions I put into the project.
Thank you for cooperation!
I hope it continues 🙂

The task is interesting, and the result is a bad job. thank you)

Interesting project, everything went well, the customer is always in contact, answers to questions if not understood!

Everything without problems. They discussed the task personally, and came to different choices. Sharing the experience. thank you.

Everything is great. Thank you for the project!

Everything went well, thank you for the collaboration!

The customer delayed the execution of the project for 2 weeks, with the fact that my work was performed within the declared time without taking into account the rights. I’m not against correcting possible bugs and some faults from my side, but if it took a few days, not two weeks. The customer came out to contact once a few days, long couldn't buy a server. Work if you are ready to wait.

It went well, I recommend.

Everything is fine, paid, fast money.

Thank you ! A great project. I hope for further cooperation.

12 January 2021 600 RUB
We need an experienced opencart specialist to correct the error.

A good customer. He told it clearly.

A pleasant collaboration. Clear setting of task. Always in contact.

A good customer. The project was very interesting.
I recommend to everyone

The task was done, the payment did not have to wait.
Easy and simple in communication, they quickly found a common language.
I recommend cooperation

I do not work with this customer for the first time, everything is fine, I recommend it.

It was pleasant to work together, the customer was always in contact.

I have been working with this customer for a long time, everyone is happy.

I have been working with this customer for a long time, everyone is happy.

The customer is good, but with TZ we had problems, but the project finished

I'm going to see it for the second time, it's still great.

A good customer! I recommend !

It was pleased to cooperate, the task is clear, a professional approach to work, constantly in contact. Victor is one of those clients with whom I would like to work more. I recommend !

good customer, normal requirements, constantly on contact even late night, during work problems did not occur

I'm happy with the work and I hope for further work.)

One of the best customers I had to work with. Clear TZ presentation, detailed answers to all questions, timely ZP! Only positive impressions from cooperation!

Everything is good. The customer was constantly in contact and quickly to resolve the task if any questions arose.

Everything is great.pleased with cooperation 🙂👍✨✨✨

Everything was well explained, a great customer. I recommend !

Good customer, the task was clearly set, in the process of execution, small corrections were made to the work.
I recommend cooperation)

It’s not the first time we work, we’re happy with the work.

21 December 2019 1400 UAH
You need to draw the design of the magazine, the example content is ready.

The long-awaited project is completed! constantly in contact.
We need to work with the TZ.)
Thank you for cooperation!

7 December 2019 1600 RUB
You need to write a technical task for a mobile application.

The customer was constructive. We were given an informative technical task. Contact is good - the customer responded to the messages even in the evening. During the work there were controversial situations that were eventually resolved.

A good customer. He did everything on the basis of the TZ, offered for a separate fee. There will be more projects. I recommend it.

A great customer.
Clearly placed the task and payment immediately after the work was done.
I recommend

A clear task was placed, Victor was always in contact, quickly checked. I recommend you as an honest and honest customer with whom I am pleased to collaborate 🙂

It was all fine. The customer knows what he wants. Working with him is pleasant.

Clear TZ is a joy for any performers. Working with Victor was pleasant. The contact does not come out as quickly as you wanted, but when you throw a pack of questions during the course of the project - it answers very detailed and clearly.
I recommend the customer!)

A good and responsible customer. I recommend cooperation

It was okay, it was not difficult.

19 March 2019 9000 RUB
Need a developer with the version of ACF, to repair the admin and functionality

A good and responsible customer. He fulfilled all his obligations correctly. I recommend cooperation

We do not work together for the first time. As always, it is at height. On contact constantly and any questions can be resolved immediately, not waiting weeks, as it happens with some customers. Payment is without prplem! It was a pleasure to cooperate, hoping for good and interesting projects in the future.

The task was clearly placed, the payment was immediately received, I recommend it, it was pleasant to collaborate.

25 February 2019 1000 RUB
You need to make an information booklet on the finished template.

I recommend cooperation. A good employer.

A person absolutely does not understand how IM should work.
By the words “to finalize a simple online store”, he means the development from 0 of an initially screwed-up project, which was underfinished, not completed, and in general nothing has been done on it.
I tried to explain that you can’t do everything in 1 evening, he says that 8 days have passed, but in the end, a few days after the start of work, we called up and walked around the site, explained to him that the site is “go * but”, and this is not done, rewrote earlier written pieces of shit code, but for him it was “no work done”, I don’t think that the person is bad, but he is definitely incompetent, and is not ready to work with freelancers

The collaboration went on. The details are always in contact. I recommend !

The project is closed, Ura! I recommend !

A good customer, I advise.

Honest and honest customer, I recommend you to cooperate!!The !

The impression of cooperation is clearly positive. The customer clearly placed and formulated the task, without reminders and clarifications provided all unnecessary data for work, in the process of execution was on contact constantly.
Payment is instantaneous.
The cooperation is fully satisfied.

They worked directly. The customer is always in contact and is interested in his business. In the case and in the tasks, everything is clear and clear. Questions about the project are answered quickly and clearly.
I recommend the work.

Super customer, super project! It was very interesting, despite the fact that the project became a real challenge in terms of time and volume of work. I am very happy with your collaboration and I will be happy to work with you again. I hope that’s mutual.)

Fast check and timely payment. I recommend a good customer!

Great customer, I work with him for the second time, I recommend it!

We do not work for the first time. Everything is great! I am pleased and I recommend!!!The !

The customer's work is great, clearly put tasks, was always in contact, the payment was made in time. Very pleased with cooperation!

It is pleasant to work! Thank you for cooperation

I recommend as a responsible customer.

It was pleasant to work.

Working with the customer is pleased! Always in contact, everything in case. Payment is instant! Thank you ! = )

Although it was not clear, he was generally satisfied with the employment. Contact, adequacy, timely payment at the right level!

I’m working with Hermione for the first time. The whole process of cooperation is up! Contact, task setting, payment – all at the level! I hope for further cooperation. I recommend !

It all went normally. There is no claim.

It was a pleasure to deal with this man. Clearly composed TZ and no deviations, always on contact, goes to the meeting if necessary. I recommend cooperation!

Everything is adequate and understandable. timely payment

Everything is fine, I recommend cooperation!

No problems from the customer. Pay in time, the task is clarified

30 January 2016 1000 UAH
We need to develop a advertising company for contextual advertising.

The task is clearly set. The fast payment. The customer is competent. I recommend it.

I was pleased to cooperate.
Clear assignment, timely payment.
I recommend cooperation.

A person absolutely does not understand how IM should work.
By the words “to finalize a simple online store”, he means the development from 0 of an initially screwed-up project, which was underfinished, not completed, and in general nothing has been done on it.
I tried to explain that you can’t do everything in 1 evening, he says that 8 days have passed, but in the end, a few days after the start of work, we called up and walked around the site, explained to him that the site is “go * but”, and this is not done, rewrote earlier written pieces of shit code, but for him it was “no work done”, I don’t think that the person is bad, but he is definitely incompetent, and is not ready to work with freelancers