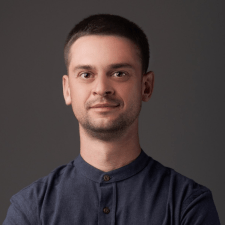 It was a pleasure to work together, successes)

Thank you Elia for the interesting project and for the operational communication. It all went successfully =)

Interesting job, I was happy to work together.

Congratulated with collaboration!
Great customer, I recommend it to everyone!
Always in communication and well introduced into the course of the matter.
Only positive associations from work.
We will continue to cooperate.

Good customer is not the first time we work, I recommend

Rapid communication .
Thank you very much =)

I was pleased to work with Ilya, a pleasant customer, paid in time and even more than discussed. I am planning to work with Elia.

A good customer, easy to communicate, I recommend cooperation.

A quick project with a good TZ. I recommend IELTS to collaborate.

Everything is fast and in action, I recommend cooperation!

A good customer. He responds quickly. I liked working. I recommend

He worked with Ilya on the design of icons.In general, normal cooperation.But there were unpleasant nuances.Evaluations for two people: Ilya and Alexandra (especially contact).Soon after the customer chose me as an executive, he created a chat in the telegram where I, the customer and Alexander (who made design decisions) were.A few hours after I agreed to carry out the project, I was asked if I had made the inscriptions.It turned out that the work had to be done quickly.I forgot to say about it 😉

The next day I showed the results of the work.It turned out that the work had to be done a little wrong.But this was not described in TZ.Of course, the processing of the work took more time.When I made the icons, my colleague Ilya told me that it was Friday, the end of the day and the deadlines we can’t show the guide, so I have to paint the icons.That is to do the opposite with respect to what was written in the task.Then there were other small directions that had not been discussed before.When I said I could work up to 19 a.m., Alexander began to shake me.Feeling not the most pleasant of this work...It feels disrespect to freelancers.

Ilya turned out to be a person very enthusiastic and sick for the result, not indifferent and willing to cooperate with 100% performance. The feedback was constant.

Everything is great!
The customer was in contact as long as I did, responded by each point in counted seconds
Payment is worthy.
Thank you for cooperation!

Thank you Elia and Catherine for the pleasant cooperation. Everything went perfectly. Clean TZ, fast feedback, fast payment. I will recommend and will be happy to continue cooperation.)

A good customer, quickly delivered TZ, clearly explained the task, ease of communication, timely payment. It’s always nice to work with such people. I am very pleased to have the opportunity to work with Elia! I will be very pleased for further cooperation! I recommend it !!!

Everyone is satisfied. Working was comfortable. I am very pleased with the customer’s fast contact. I strongly advise cooperation!

Ilya is a great customer, working pleasantly. Always in contact and competent. Thank you for cooperation!

21 August 2020 630 UAH
Fill out the attributes in the product card for the An. version of the site. OpenCart

I recommend ILLU as a responsible customer.
I will be glad for further cooperation.

A great customer. I recommend cooperation!

As always, everything is great. I recommend cooperation

A clear task, always in contact. I recommend cooperation

Clear TZ, high contact and fast payment.
I recommend it!

A great customer! At the moment he answered questions, he appreciated his time with others.
I will be happy to cooperate further.

A very pleasant customer) always in contact, clearly puts the task. Thank you for the project. I will be glad to help more.

A great customer, I recommend cooperation.

The project is successful and I hope for further cooperation.

The customer is always in contact and explained the technical task in detail. I will be happy to work again, Elia!

It was transferred the planned start of the work, the final check and the closure of the project. In the rest: the task was written clearly, with the examples and the solution option, Ilya was always in contact, answered the emerging questions and clarifications, the payment was made in full. Pleased with cooperation.

Everything went greatly. The customer puts the tasks accurately, always in contact. I recommend cooperation.

Everything is great!
A clear TZ!
Always in contact.

It was a great pleasure to work with the customer.
Clear TZ, adequacy, understanding of some problems, timely payment.
I will be glad for further cooperation!

The task is clear, the payment is timely. I advise for cooperation.

Interesting order, quick check and good payment. Thank you for your work!)

29 May 2018 100 UAH
Processing the Excel file (sharing the information. from one column to a few)

A clear task. The fast payment. I recommend it.

Simple task, simple money. The task is clear, the payment - didn't have to wait.

Everything is good. I recommend it. )

An adequate and very contacting person with whom it is very pleasant to work!

The client is a class.
Payment is timely, tasks are accurate, always on contact.

More of such. I will be happy to cooperate again)

8 November 2016 200 UAH
Fix the filter output for the version of the site by smartphone.

I am very pleased with the collaboration with the customer. It is very clear, in fact, the tasks are placed correctly. There are no extra questions. Payment is instantaneous and taking into account the time spent on work.