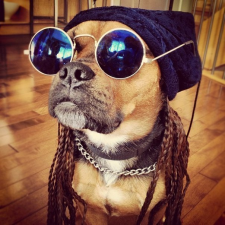 30 January 500 UAH
Create a video for advertising on Facebook

The contractor was always in contact, corrected the process of work and introduced written lines.
Payment immediately after the completion of the project, without any extra delays.
I recommend and thank you for your collaboration.👍💫

A terrible commander.
It does not respect the time of the executive and his work.
I didn’t give a clear tz. The tz that was written on the output did not leave the result - the video made.
Changed tasks on the course of work. I have reviewed the video many times.
Initially, the form is straight. I understood it as a format for the YouTube. I made a video under that. He looked, agreed - yes, ok. In the end, it was clear that the straight-to-hand is for stores. Processed video for stores
I said there was no reference, I made a video. Then make a reference. The reference appeared.
Fixed the video - then give another, here the hands are not the ones. Did not the hands be seen at first when I showed for agreement?
The name of the site is from HTTP: ... - inserted - no, should without HTTP...
I wanted to make a copy of the video with another music. I said for the extra fee - I refused.

I'm glad I've got it right now and I didn't have to do anything more. 🙂
I liked the result of the video.

Clear technical tasks, quick answers to the questions that occurred in the process of performing the task! Communications of the Order 😉

The task is clearly set. The customer is always in contact. Thank you for cooperation.

an interesting project. I will be glad for further cooperation.

Very pleasant to work. The task was made clear and all directions were made quickly! I recommend !

Thank you for cooperation. I will need you, call me.
Good Projects

Oleg is a very organized person, a specialist in his field.
I was pleased to share my experience and help deal with the YouTube channel.
I hope for future cooperation!

Thanks, quick work approval and quick payment. I recommend

All information was provided as transparent, clear and timely as possible. I will be happy with the new cooperation.

Oleg is a very pleasant and loyal customer. Always in time gives feedback on the design and pleasant in communication. The task is clearly explained and objectives are set. Very pleasant to work. We are working further 😉

I really liked collaborating. Great customer, I recommend it!

A loyal customer with clear tasks and goals.
in connection. Excellent communication. Understanding of difficulties.
He goes to contact. Always in contact. Payment as agreed!
I recommend cooperation.

Oleg was very pleasant in communication.
I was pleased with cooperation

A loyal customer with clear tasks and goals.
in connection. Excellent communication.
I recommend cooperation.

A great customer. Understanding of difficulties. He goes to contact. in connection. I recommend ! Payment as agreed!