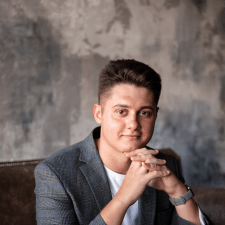 The Seller quickly responded, set adequate deadlines and conditions for cooperation. I recommend

A pleasant collaboration.
The customer is constantly in contact, the TZ is written clearly and clearly. My favourite theme is +.
Thank you for the project and I encourage you to work together!

It was pleasant to work together!
Thank you for confidence!
I recommend the customer!

Much was assigned to the task. As a result, third-party services were needed for implementation, for which the customer considered that it was expensive and not necessary. The Google Analytics system was not ready, which is why it was installed, it was not configured at all, the same problem was with the UTM tag, as the customer said, I will not change the tags, but I will put the new ones correctly, as a result, there was an incorrect tagging, which, according to asked for correction several times. Also, to transfer data on expenses, you need a good Bitrix24 setup (this is a CRM and not an analytics like rositat that the client wanted), which was not completely done by the customer. As a result, they gave me several files with different discrepancies in labels and not only, as a result, in order for me to rivet the numbers to show to the site owner, this did not work out because it was not true to combine different data into one.
Solutions were offered, but they became expensive for the customer.
As for the template report in Data Studio, as the customer wrote, this is not a template, but why he considers it a template, since he does not see the ROI that cannot be obtained without the right integrations.
It was also proposed to write their own system such as ROistat as a result again expensive.
I do not deny that the task is not finished, but it doesn’t matter what has not been done, but the reason is that a lot of tuning has not been completed, and more time over the past month we have only done what we put in order what we have, as a result, the time for the task practically didn't work.