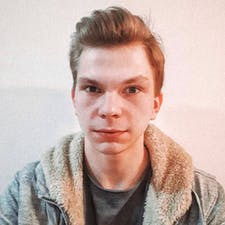 Reviews and compliments on completed projects 41 1

The project has not been completed and the most interesting, key, the first task on the list has not been done and the Executive person refuses to deal with.Plus the deadlines were delayed in general, but it’s okay with these deadlines, it’s clear that war and everyone can have problems.But at the end of all with Andrew a strange communication went, it should cost 15,000 rather than 1500 and etc and etc, very strange with the fact that initially discussed the tasks on the project and in particular on this and on the previous where also not everything was done, although initially there was a conversation that everything was possible.Absolutely no negative, it is enough now.Andrei, just for the future, first evaluate your possibilities, then promise something to do or immediately say that it is impossible for you and then there will be no problems on the part of the work and its acceptance.I left honest assessments if you remove the emotional component, the potential at work is there, but again I had to say immediately that something and something I can’t do, I just don’t know how.The negative feedback was not written, since now the work of everyone is needed and it is clear that it is also logical to understand every opportunity.

Everything is great, very pleased with cooperation.
We are checking the project on our part, but we agreed that the project will be closed before a full check on request by Andrey. We will work if it will be necessary after the closure of the project, as Andrei promised, sure it will be.

There are a few small routes on the task, but in general, it’s okay and we’re going to the stage on the functional part.
We have agreed to fix some points on this stage together with the following.
In general, the specialist is very responsible and everything has been done quickly, I hope the functionality will be too.

All was fine, the execution responsible and carefully approached the task.

Good work, in time, the directions are taken into account

Good work, almost everything is done according to TZ

Thank you for the work done

Everything went successfully. The project is done, thank you.

I recommend ! They did everything quickly and quality, + the execution did more work than in order

With the work of satisfaction, everything was done quickly. I recommend

thank you. Everything is good. I recommend it.

Thank you for a responsible approach to work!

A wonderful executive. All my requests were understood correctly and implemented properly. In the end, he got a clean code that fulfils his task. 10 / 10 . I recommend it.

Everything is great, we do not work once, I recommend.

Everything is done qualityly and as quickly as possible, I strongly recommend cooperation.

A A. | Personal | Response feedback

Freelancer did not perform the project, did not do anything at all, did not show anything during the time spent on the performance of the TZ.
It’s better not to contact him ever!!The !

A A. | Personal | Response feedback

Freelancer did not perform the project, did not do anything at all, did not show anything during the time spent on the performance of the TZ.
It’s better not to contact him ever!!The !