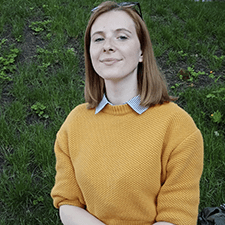 Reviews and compliments on completed projects 65

Thank you for work! Everything is fast, quality and with the fulfillment of all the demands of style.
We continue cooperation.

I recommend it. It is all in time, and well.

The work was done in time, without orders.
Anna understood me for the first time and drawn the logo with all the wishes. Thank you for the quality work.

All was fine, Anna advised me well.

Anna is a professional of her business. I realized everything, I don't be afraid of this word, silently quickly)) I understood the task from the floor of the word. There are many different options for consideration. With such people, it’s nice to deal with!
Of course, I recommend everyone who wants to get the best quality outcome without nerves and time spent.
Thanks again!

Everything is great! The work is done in time, with initiative and quality.

The work is done quality and timely. I recommend this freelancer!

The project is implemented in time. There are several options for the logo. With one we decided quickly, and with the second, due to the difficulty of the task and my little attachment, we stopped. There were a lot of directions that Anna had done very quickly. Communication and communication took place quickly.

The idea was implemented as it was intended.
The author is always in contact.
Deadlines are observed.

A lot of thanks! The work is done in the best way – quickly and quality! I highly recommend if you want to make a good product.

The project is implemented. The repairs are done.

Everything is fine, in time, the executor is always in contact, made all the directions. Thank you for work

The work is done in time and in accordance with expectations. Anna is always in contact, can both express her opinion about the project and fully follow your vision, the approach will depend on your desire.

Before the start of the work, the framework of the expected result was fully agreed, and several variations in different variations were prepared in the agreed time. After stopping on one option, he was brought to the final look. All the small improvements were done almost instantly and there were no delay breakdowns.

Quick feedback, liked patience for comments and corrections, as well as speed in execution.
I recommend collaboration as a good specialist in the development of logos.

Great work, we will continue cooperation.

Everything is done in time and quality. Requirements were taken into account and completed.

The work is done quickly and quality. The executive approached with understanding of the work and the nuances arising during the work. Thank you, we will contact you again.

Operational and clearly. I am happy again)

Great work! Very pleased with the result and cooperation.

Thank you ! Everything is great. The order is made in time and quality.

Thank you very much to Anna for your work and your patience. At first, we didn’t know in what direction we were going. Anna provided 3 options that we banned and decided to develop the idea into another key. Anna took the idea and managed to fulfill our wishes. We received files in several formats. I am glad that Anna was constantly in contact. I strongly recommend Anna to cooperate!

Anna, well done the work, took into account all my requests, provided several logotype options for the test. I am satisfied!

Fast, efficient and efficient
I recommend it.
Anna was constantly in contact, quickly and creatively adjusted.

I really liked the approach: Anna is getting into the project. He understands the lines and quickly introduces them. He could react faster than he could. The cooperation liked. We will continue to work on the project.

A very responsible specialist, despite the delay from our side, quickly performed all the work. There were more options than was initially agreed. I recommend!

Great work. All of 10+. I recommend a great master.

A nice girl who quickly and quality done her work, made all the directions and sent it all in time!)
I did more than I needed!)
Thank you very much)

I am very grateful to Anna for the super design. A great taste. thank you)

I ordered the logo for Anna. The work is carried out professionally and in a short time.
There are 4 variants of font and 4 color options.
I have a favorite logo.
He responds quickly to the messages.
I recommend this specialist to everyone.

Thank you very much for the quality work. I am excited about this talented designer. And the most important thing is that she doesn’t just know how to draw but has her vision and fantasy:) thank you will cooperate more 🙂

Good and good to work with such people.

Everything is done according to TZ, quality and in time. I recommend it.

The work is done. The banner is issued in time.

I liked it quickly, quickly and quality. Always ready to make amendments and listen to your comments.

Thank you for your patience, it’s all great. I recommend

thank you. The task is clearly completed within the specified time. The proposed options are all interesting, there was something to choose from.

The time, price and quality of the performance are all excellent. I recommend it. He approached the work very responsible. I started with the logo immediately. Hear the recommendations.

Anne among other designers I distinguished for the lack of template thinking and flexibility of the approach. Technically, she has a place to grow in comparison with more experienced colleagues, but among many, it was she that captured the idea that I wanted to express but didn’t know how. As a result, the first of the preliminary sketches got "in the goal" 100%. I definitely recommend Anne to those who are important to the untouched approach and original designs in the shortest time possible. In terms of the master's dignity, I can note only a few plus. The designer performed the work faster than it was said, was constantly in contact and steadily adjusted to my late mail mode. All directions were introduced without problems and orders, advice was professional and useful. A pleasant bonus became the correct, gentle speech and the fact that after the announcement of my maximum permissible budget the previously declared order amount remained the previous. I recommend cooperation!

I ordered 2 options of cover for Facebook.
Everything quickly and as I wanted – I recommend Anna!

Thank you for speed, responsibility and professionalism.

Everything is good, we found a common language, a great worker.

The work is done, thank you!

Everything was done quickly and quality. All wishes are accepted.
Thank you !

Everything is perfectly done in time!

Thank you for work! The task was fulfilled, there were no claims.

Everything is done quickly and quality.