Offer Mariya to work on your next project. 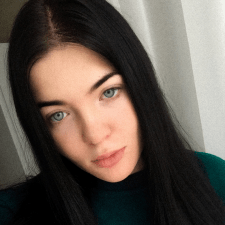 Reviews and compliments on completed projects 69

Fast and good work, all the wishes were taken into account and fulfilled, I recommend to collaborate!!The !

Thank you, the work is done faster than usual.

Fast and I liked it all, thank you.

The Robot of Pleasure
All superb

Very good work, not the first time we work together, I recommend!

A very nice girl, performed all the tasks faster than planned!
I you and advised you how to do it better 🙂
Thank you for work!

Very satisfied with the result. A talented designer, everything done from the first attempt, with a very conditional TZ

The work is done quickly and quality, we will cooperate if there are other projects, I recommend!

Very good work, everything was done timely, all corrections and requests were done very quickly. We will continue to work together, I recommend.

Everything was done in accordance with the narrow specificity, the result I like.Always on contact.I recommend

It’s not the first time I’m working with Mary. Everything is great. Thank you for work.

25 May 1800 UAH
Instagrams for Cosmetics

All great thanks great
Quick and Quality

The task was performed greatly! I honestly didn't expect such a result, the professional of his business at all 100% .I'm glad to find you) I'm going to collaborate further)

Thank you for work. Everything is great.

Thank you for work. Everything is great.

Thank you for work.
Everything was great!

Thank you for work!
Everything clear and fast

The most real professional has long been looking for such a specialist.
Everything is very fast clearly.

I read my thoughts quickly 🙂

Everything is great, thank you! I highly recommend the executive.

The Robot of Pleasure
It’s all done well

The work was done constantly!

A good work-to-working artist. The project was linked to social networks – strategy, content plan, leadership – and I am pleased with the collaboration with Mary. A professional approach is seen. I recommend !

He was not satisfied with both the work of Mary and her hormonal failures that instantly turned into hysterics and threats to close the project.The situation 1.The project started on 8 December.On December 10, Maria received all the photos of the video material of the product, and 11 numbers all the characteristics of the product with a description.Sunday, a holiday day.The evening time, 19:05, Maria sent a plan of how she sees the project.Attention !The next day I get a message from Mary, “I just plan to give up with you on the site, because I understand that it’s a game on one side.”It appears that she was angry that she did not get a moment of response.Is that normal?)The situation 2.The advertisement was rotated for 3 days, 0 applications were received.But not in that essence.I asked to report the amount of money spent and to break the statistics, separately for each advertising campaign, which I received in response to another one: “Let’s close the project.”These attacks of hysteria can be tolerated if a person is professional and does his work qualityly, but it’s not about Mary.The price for its services is fully justified.It is not expensive and not quality.The speed is 4/10.The material received 11 numbers and the first post appeared on the account 23.Judge yourself.Copywriting is 5/10.In order to deliver the goods correctly, you need to know at least what you are selling.On the fat cakes write “the world of useful sweets.”These butterflies were full.Creativity – 2 / 10.Mary was not so scared that she showed the videos that were sent to her with a hanging voice and our comments directly on the Instagram tape.You can make music in 2 minutes.In the advertisement she put a photo with white text on an orange background.Not completely readable.Advertising is 1/10.of 600 UAH.0 requests yes, Lando, it’s just started.But she decided to launch an advertisement before setting the hat in the profile.People just clicked on the link to order the goods and got none.Whoever has a limited budget and he just wants to train for the dust, you to Mary.