Offer Aleksandr to work on your next project. 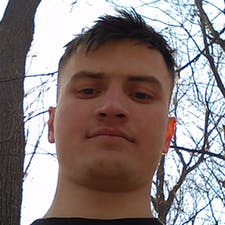 Reviews and compliments on completed projects 36 2

Good, good property is a matter.

Thank you for the work done! Alexander did everything according to the agreements.

2 August 1500 UAH
Designation of roles from the administrator panel

Sorry, there was no positive cooperation, and I never understood the claims to me, but I will answer them:

1 .There were 2 tasks: a) The list of current users with roles, their roles in admin.panel(APs).b) The ability of the administrator to appoint the user as a manager in the AP.Alexander made a page with all users on which you can assign a manager role.But this is not suitable for the task "A" - on the page you can't see only those with a management role.For example, let’s say, you have to look at all the managers.In the system 1000 users, and to gather a list of managers - you need to review all 1000 users (50 pages x 20 users).I, simply, gently pointed out the problem, which was afflicted by anger and cruelty, asking: "In what the sacred meaning of work, how will the roles be assigned to those who have no role?“”Yes, the current decision did not solve the assigned tasks, but the decision was not I wrote, but the requirements are described in the TZ.But in order to avoid rewrite the decision - I suggested users with a management role simply to get out in the top.What is my fault, I don’t understand:
1) The requirements are clearly described.2) I have kindly and without grief simply indicated that one of the tasks is not solved.3) After proposing an alternative decision, which allowed not to rewrite the existing.2ndRequests to the project code: “Achinea is written.”But there was no specificity, and the problems are observed at the executive ...

1) On request to clarify in what the problem - the answer was not received.The confirmation was overwhelmed by urlManager, but it’s quite “standard”: [https://i.imgur.com/r12W2OH.png]
2) The majority of the tasks interact with the Yii’s RBAC.3) Examples of the project code have been applied.I suggested to check the repository before the start of cooperation.But there are problems with Alexander’s code.Indeed, in ordinary cases, I don’t pay attention to this, because: it’s all done quite simple, and it’s a great way to learn for a programmer/reviver.- DRY: to search for users with the role was copied method, with the addition of the orderBy line.The statistical IDE analyst pointed out this: [https://i.imgur.com/wLahUe2.png] (but it was corrected after comments)
- The services were delayed Singeltone, although there is a container of dependencies, and AuthManager is configured, and the pieces from the IDE analyzer are displayed: https://i.imgur.com/d1w8dfs.png
- From TZ: "The user can only have one "manager role"(!)at the same time." - the current code of Alexander lies not only the management role, but any other: https://i.imgur.com/1Q1Wbit.png
- To load JS to send the role command - use the castle: https://i.imgur.com/OJ8a783.png
Although there is a solution from the box: \yii\web\View::registerJsFile.The Git comics are not informative: “admin roles : in progress”, “task : in progress”, “small changes”


Sad that it happened so.But I think it has created the maximum conditions for a comfortable solution to the task.

The main task was done, there was a couple of straight to do, but the executor requires to close the order, I will have to make the straight myself. The programmer knows his work well. I recommend

The task was completed, the execution was in contact.

It’s not the first time I work with this specialist, as always, all at the level! The account!

The work is done well, I recommend it!

Thanks for the work done.

Everything is good. The project is completed, Loading from 1c to the online store works.

It was a difficult task and lasted until the end.
Thank you !

a professional of his business. Sustainably and consistently solves tasks until the victory end, offers solutions and options. I was pleased with cooperation.

The project was not implemented according to the requirements.

It is clearly fast! I recommend it to everyone! we will continue to work together!

Everything was done very well.
He is very responsible and professional in his business.
The work is done with all my wishes and suggestions.
I advise everyone.

Quick, quality and without any further questions I gave advice I recommend as a good specialist!

A great developer, without any problems done everything required on order and even more than agreed in order done. At least about server languages you know a lot about the SUBD. I got into a stranger code and now everything works well. I recommend !

I tried but couldn't because of me.

The task is resolved, the SMS falls, the truth is that Russia goes with a delay, which cannot satisfy 100%. This is the turbo sms service.

The work is done, I recommend

The project was not implemented according to the requirements.

I tried but couldn't because of me.