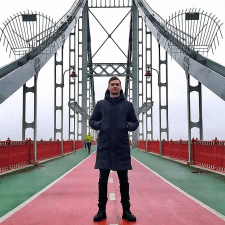 Reviews and compliments on completed projects 49

A well-qualified specialist has.
Thank you for the well done work! I recommend !

Thank you Maxime - quickly, professionally, with advice. All the routes have been made.

The guy is thinking, but it has not ended up.

I recommend it all fine, quickly and with understanding.

The problem has been solved, the executor has removed the complex bug vue.js

High speed
Complete contact throughout the work
Deadlines above expected
Attention even to the details that were left in the TZ.

A great executive. The task is performed quickly and efficiently. I will contact again.

Great work, thank you. The task was small, but the specialist approached responsibly and decided quickly.

Great work, and also very fast, everyone is happy.

Thanks to you.
Please leave a more detailed review (minimum 25 characters)

The executive performed his work very efficiently and quickly. There are no notes!
We will cooperate in the future.

The execution managed the work well, demonstrated loyalty in the controversial moments, quickly responded to the comments. The professional. I recommend !

Everything is done quality and quickly. We will cooperate in the future.

I did everything right! We work further

The task is performed quickly and efficiently. I recommend it.

Thank you for work. Average and efficient assistance.

Good execution, the work was performed professionally, quality in the agreed time.

Perfectly in the script. Responsible and adequate execution.

All right and in time, without orders.

Maxim thank you for the quality work! A great professional working with Drupal. Wealthy, correct, goes on compromises in the work and clearly explains the technical points in a simple language.
It is pleasant to work with him. I recommend !

It liked that Maxim, before getting to work, was familiar with the site (for this I sent him ftp access), and named the cost and deadlines less than at the first bet.
The first version of the adaptation was made about 6 hours later, as stated in the negotiations.
But then, another day, various small cats were given.
But Maxime always responded quickly, took into account the wishes, made directions quickly.
A bit of work on the repairs was delayed, but in general the result was pleased.
The time and the constant presence of Maxime in the chat.

A great specialist, did everything in a few hours, you can see exactly what is understood in the topic:) Thank you!

As always, everything is great!

Maxime did everything perfectly, even faster than agreed. I recommend !

Excellent, careful and as a tz. I recommend

Very happy, everything is professional, clear and the most important - fast. I recommend it!!The !

All tasks have been done quickly and quality!
I kept in mind the state of work on all the points I asked.
I will note the kindness, professionalism and speed of work. I recommend !

For the second time I work with Maxime and again I convince him in his professionalism and responsibility. Projects are clearly done. The task is always quick and quality!

A great result. The task is resolved quickly, clearly and professionally.
We will continue to work on the next project.
I recommend this executive to everyone!