Offer Sergey to work on your next project. 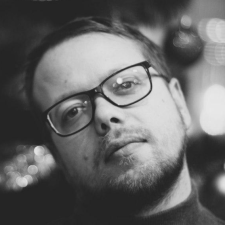 Reviews and compliments on completed projects 261 2

8 June 250 UAH
You have to add a button to all pages of the website.

Thank you for the quick and quality work. A great freelancer! The order was done quickly, all according to TZ.
I strongly recommend this executive!

8 April 500 UAH
Transfer the site to a new domain

The task is to be performed professionally and timely.
Thank you !

Everything was done well and quickly. I recommend it.

The execution was excellent and fixed problems in the BD and on the server.

All done very fast and was a good work

9 January 2017 333 UAH
Select the correct title and description of the site in the search engines.

Did the job as agreed. Very passionate and understanding. Reccomend

1 November 2016 222 UAH
A specialist is needed for the continuous support of the Open Cart store.

1 June 2016 400 UAH
SEO audits the site, detection of errors and their correction

27 May 2016 400 UAH
Cleaning the site on Magento from malicious code that sends spam.

6 February 2016 10 USD
The website must hide information about the goods for 5 days.

21 January 2016 500 UAH
internal optimization. You need to correct the errors on the site.

The project was scheduled for 10 days, passed 25 - no results.

I don’t recommend working with this artist, a pathological liar.The project was not delivered, missing to the contact was not out.First I stopped responding to Skype, then I wrote on freelance to him in the face, replied, but then missed again.I found him through VKontakte, after which he dropped a curve template on hosting and again disappeared and no longer came out to the contact.Initially the project lasted 10 days, but in the end it lasted more than 30 days.It has been spent time and nothing is practically done + spending time that would have somehow touched it.Vral constantly, in Skype he did not respond because something with Skype he could not enter, although the sign always that he was online, then he did not make the site because he caught the virus on the server, then he could not enter the server guilty host, then he did the site under the windows, and on the Linux server, etc.I was constantly saying that this evening is already over and has disappeared.As soon as I contacted the wall and wrote to him that I would leave a negative feedback, he immediately earned a Skype and he came out to contact, but then again disappeared.

The secret of his positive rating is most likely due to the fact that he does not accept the terms of the project after you choose him as a performer. And he does this only when the site is already directly renting, so only positive reviews can be left. For a long time he did not want to accept the project in his personal account after I chose him as a contractor, although he began to work and we discussed all the conditions. And only four days after the start of work, and thanks to my urgent requests, he accepted the deal. IF YOU WILL WORK WITH IT, BE SURE TO FORCE TO ACCEPT THE TERMS OF THE PROJECT THROUGH THE PERSONAL OFFICE ON FREELANCE. So at least you can leave a negative review and save other people from the charlotte.

See screenshots attached to the review.
Who cares, I'm always ready to talk about the sad experience with this artist, my skype gena_811, write at any time, regardless of the statute of limitations of the review.

12 October 2015 200 UAH
Transfer the site to WordPress to new hosting and optimization.