Offer Oleksandr to work on your next project. 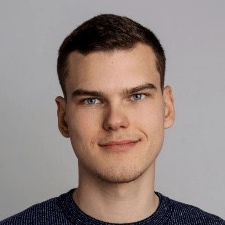 Reviews and compliments on completed projects 3

Everything is done well, explained and.

It’s all very fast and quality.)

Alexander fulfilled his task at 199%, initially the task was to upload the data to the Google Table, which he did and showed clearly that from the big volume of information the table hangs and proposed the option of the solution to do everything in the code. It makes it easy to work with the data. Pleasantly surprised the level of involvement in the project, Alexander constantly corrected and fixed the faults that we didn’t talk about at first. He didn’t place in a long box (he often encountered freelancers who feed “morning”, that’s sick). I will definitely address in the future!