Offer Artem to work on your next project. 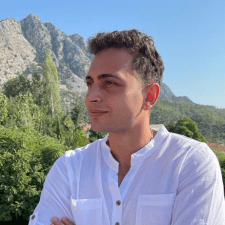 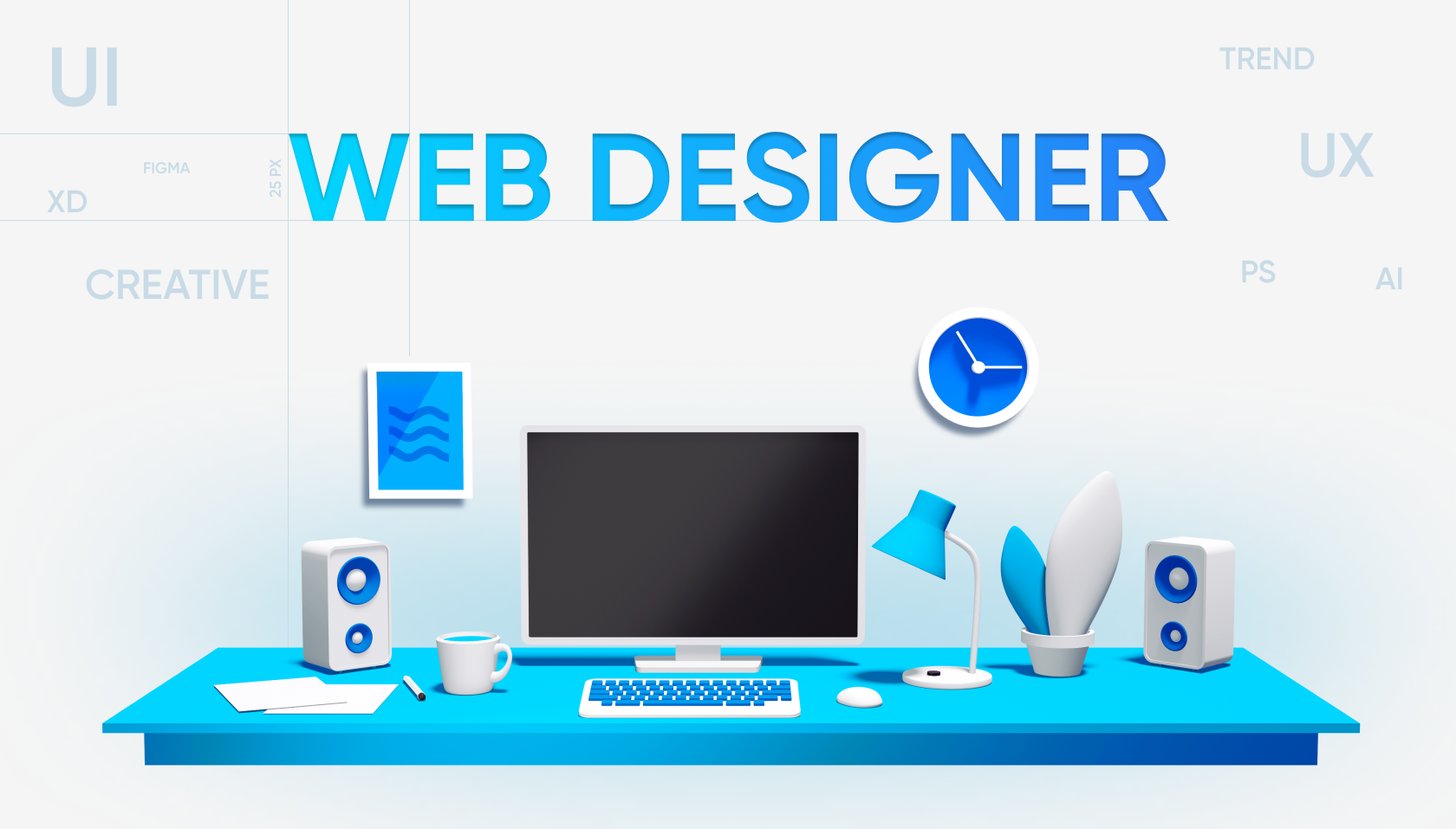 Reviews and compliments on completed projects 253 1

I can boldly recommend Artem as a professional performer.

We ordered landing page in a short time.
The work was done within the scheduled time, the executive responded quickly, the project meets our expectations 100%.

Thank you for cooperation!

All great thanks great

Everything is fine, we continue to work together.
I recommend this executive 😉

All super thank you

I did everything as it was right!
Give some wishes!
I recommend it.

5 September 4000 UAH
Design of the main page by TZ

Everything great, fast and quality.

Everything is great, professional performers all recommend 😉
We are pleased to continue cooperating.

Everything is done, thank you

Cooperation was made. The work is done in time. I recommend the designer.

I respect those people who do in time! Punctuality and honesty!
Thank you very much, we will continue to work together.

Good work done, I liked it all!

Artem successfully fulfilled the first party of our contract

The manager is remarkable, busy, is in contact! He knows his business.
I recommend it is pleasant to deal with.

Thank you for cooperation! Everything was great

The work is done greatly
I recommend cooperation.

Excellent and fast work. thank you

The work is done in good quality and in time. I thank you!

7 June 3200 UAH
Development of a logo and a label form for a charity.

Thank you for work! Everything is wonderful

Great work! Always on communication, performed quickly and at the highest level! I recommend !

Everything was done at the highest level, I liked the design and service level of the artist, thank you!

5 May 600 UAH
Draw the design of the landing and

The work is done, all requirements are taken into account. and thank you.

We are very pleased to collaborate with Arthur 😉
It’s not the first time that we work together and all for the highest class.
We all recommend and will continue to work together 🙂

All good. Recommend to work with Artem.

The task needed some extra finalizing.

A great designer. It’s the best freelancer I’ve ever worked with. Very easy communication. The level of design, the quality of work is the highest on this site. I recommend
I would very much like additional routes to be made for free. Unfortunately, you have to pay.
This does not affect the quality of the work, all the tasks are done. Everything that is in the TZ is also done. And the small routes were free.
So I can with confidence recommend this designer to everyone. I hope we will work together again 🙂

Arthur, thank you for your work!

I recommend, since I’m constantly working with Artem, the third project.

Artem is a professional who knows what he does. I will continue cooperation with him.

It’s the best designer with whom I’ve ever worked! Personally for me it is top-1 on this site and deserves this title))
The time is perfectly done! The price is great for him! Many people with a lower rating ask for a huge budget, and here is the opposite)) A real professional, excellent designer and ask for a average budget. This is his greatest plus!
Crazy pleasure of our cooperation) Absolutely every order was corrected, all my demands were heard and implemented) Communication was very pleased) Artem contact, always on contact. Sometimes even just spoke with him, laughed) Man with a good sense of humor)
In general, there are no problems - all directions are fulfilled, the budget is small, I always respond
If you want the same easy and comfortable cooperation - contact Artem) In addition, you will get a job at an unrealistic level! This is professional at the highest level.
I recommend it!!The !

It’s not the first time I’m working with Artem. I recommend !

Everything is great, very pleased with the result.
Very pleasant collaboration and quality work.
I recommend and will continue to work together 🙂

I performed quite quickly. of high quality.

Great work! We are satisfied with the quality and despite the difficult circumstances we successfully completed the project quickly and in advance. Great freelancer, we recommend and will continue to work together 😉)

I am satisfied with work! It’s very quick, I recommend it!

I am happy to work with a positive person!

The work went great.
I recommend Artem to collaborate.

Everything is performed greatly. Thank you very much for your understanding and patience. We had to adjust a little time on our fault, but Artem you completed the work until the end. I recommend a very good and good designer))

Artem has worked well with this project. It was a fairly simple project. I wanted it to place the text in the right top corner of the image so that it matched the text of the rest of the image. The text could be written in such a way that it would be more similar to the rest of the text. In addition, the cost of this project was much higher than I expected, taking into account the amount of work done. Again, Artem was kind and costly, but I think the quality of the finished product did not match the amount paid for the work.

A educated executive. With deadlines were transferred, but adequately responded and fulfilled the order.

Very pleased with cooperation! Artem has done a great job. Always in contact, taking into account all wishes and comments. I highly recommend this designer!

Thank you very much to Artem for the excellent work done! Artem also provided an additional good version of the banners. The task was performed in advance and at a high level. We will uncertainly address more!

Rapidly in the process of discussion and through several iterations of the routes came to the necessary concept of the basic model. We have a quality design.

Thank you for the quality work!The task was to negate the internal page of the existing site, it was necessary to properly place the elements so that the user would be comfortable to use and create a design that was different from the main site but that supported the stylist, the page was intended for VIP customers.The task was quite clear, but the executive made 2 options, the first which was proposed structurally by me, and the second made up by Artem.The Executive proposed a modern approach in our cooperation, namely:
Participating in Brainstorm
Created the mudbords.
Analysis of competitors
Improved the structure.Artem gave advice on improving the structure and filling blocks.I also contacted a marketer to upgrade the page according to the structure, the marketer just left no significant additions.The project was quite urgent, so Artem a lot in this matter!In the visual part, the performer got almost instantly in the point, all directions were introduced very quickly and carefully.There were enough two iterations to get the desired result.I have long chosen an executive for the project, there was a choice between several candidates for the project, the past review caused some doubts, but after working with Artem, I want to express a great gratitude for the well done work and without a doubt the executive knows his business.I’m sure I’ll work with Arthur and recommend it to my colleagues.

Asked for a direct price for a drop of 2 small screens, the main thing is to drop the card and the filter menu that needs to be adapted.The exact TZ provided, including the competitors.They decided to give first a small part of the site, and in the case of good work to provide a full-fledged site with 10 screens to process, good there is not a difficult volume of work, compared to the design of the main screen and card.The executive assessed his work in 1000 UAH and 2 days, we in turn paid the seafood and gave him a whole 5 days with the stock.We’ve already read the negative review, and one of them was with a similar message, but we thought that the person simply showed his personal hatred to the freelancer since all the reviews were positive, and yet decided to work with him.In turn, I want to say that the artist has communicated with us with respect and we don’t want to break his rating, but we just want to leave his real review!1) Deadlines - in 3 days he made the layout) In 2 days we didn't deposit, and in 5 too) We had to extend the order and

Everything works great not the first time.

It was a pleasure to work together!

Thank you for the project! They painted a great design, all the directions made quickly!

2 July 2021 1200 UAH
Design and layer for the construction company’s website.

With freelancer cooperation
1 Initially did not study design recommendations, did as he was able (but we did not agree)
2 In the course of work, I made a lot of mistakes.He dropped a site with non-working buttons, curved text not adapted to different devices, although this was discussed.In general, the process of work was unfair and I had to spend a lot of time fixing errors, recommendations and correspondence, although we hired a freelancer that would provide a quality site with a minimum of our participation.3 Required additional payment for the logo that we found on the internet in open access, the license was not granted.I needed 500 UAH to send us a website on the tild (business account we have)
We refused to give our site until we close the project and leave a positive review.The project was suspended for 17 days.
The project payment was agreed as follows 70% we send to the card 30% through the seafood.Whatever the freelancer was insured I proposed to pay him immediately on the card, then through the service to get the project and the seafood would clearly send him a lack of amount.It was important for us to make sure everything works!!The !He appealed to the arbitration that would allow him to close the project performed without the provision of work and without feedback.But, of course, he was banned from doing this, as according to the rules of service first work, then money.Having a great fear of getting a true review, he set me the conditions " good review/no review or he will NOT give the site"

Before the beginning of manipulation I didn’t plan to write a review at all, as I always treat people with understanding and write either well or no.But then I realized that it was a mistake to hide the real course of cooperation and manipulation that was unacceptable to me.I have great doubts about the truth of his reviews, as a design professional he is not, the whole design was invented by me, he just realized.As a developer, he is also weak, as there were too many bugs.And as a man he was ready to deceive us twice, offended our team and manipulated the feedback.As a result, the site it didn’t provide us, we lost a lot of time and, accordingly, money as we couldn’t use it to work with partners.