Offer Stanislav to work on your next project. 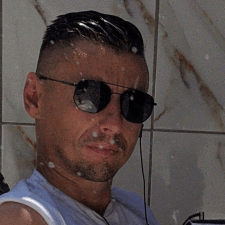 Reviews and compliments on completed projects 40 1

The executor took the job, having learned the code in advance, but in the end, he was unable to fulfill the assigned task. In general, a very responsible and pleasant freelancer.

17 March 2018 15 000 RUB
You need a website similar to Barlowrobbins Dot. Fundamentals of Donor

The project is entirely implemented. But the deadlines are delayed for more than a week, penalties are applied. In addition to the delay of the deadlines, it doesn’t like that the executor voluntarily changes the terms of payment – he delayed the deadlines, and asked for a sub-payment after that, as if I didn’t throw it. And that if he has a 30 percent pre-payment. The payment was made, the money was small. The work had to be tested several times. I can’t say that everything is bad, but the mass of small shortcomings noticed by the unarmed eye, turns into a consistent desire to give up the service of the executor. For justice, I will note that the executor worked without the internal pages patterns (it was only the main patterns) and the patterns under the adaptive, made a layer on his own consideration according to the existing template (he hanged a new layer on the old template) on MODx - here the directions were small, which is generally positive. If there were no above-mentioned nuances in terms of deadlines and payments, there would be a few more projects, and so - it had to give the projects to other performers.

The work on the payment gate was carried out in time. All TZ points have been completed. I recommend it as a responsible and professional specialist.

I did everything in time. We will continue to work with pleasure!

The reasonable guy, he understood me from the middle of the words - although I'm a "full tea" in this matter. pleasant to work. I recommend !

2 June 2015 250 UAH
A WordPress specialist. Give the directions to the site

I advise the cooperation of this executive. Fast, always in contact, exactly on the TZ.

Excellent work on the project, patient kind, not explosive, I recommend to work!

Stanislav made a good online store, everything that was required by TZ was realized 100%. He has made the necessary amendments many times. I recommend this executive to everyone!

A good freelancer, did everything quickly, made some corrections on my site. I recommend cooperation!

The project is carried out in semi-automatic mode.
It requires external improvements.
The execution is absolutely adequate, both in terms of the price for the service and the delivery of work.
I recommend using for low-load projects.
Rejoiced the bright speed of performance.

Everything is done greatly! of quality! I recommend it as an experienced developer on WP.

I advise you to work, the person is always in contact all in time. The problem came out of my side and the customer did not pay the order completely.

The executor took the job, having learned the code in advance, but in the end, he was unable to fulfill the assigned task. In general, a very responsible and pleasant freelancer.