Offer Yelena to work on your next project. 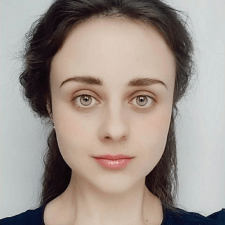 Reviews and compliments on completed projects 25

We have been working for the second month. We are planning to work further.

The impressions of work are positive. I liked the professional approach. So far we work further.

Thank you greatly. It’s not the first time you help me with the site.

Thank you for cooperation. Overall, everything went well, a small desire: to go out on the bond more often.

I really liked the work with Elena.
Comfortable to communicate.
We will continue to cooperate on other projects.
I recommend it as a good specialist.

Work done at the highest level, excellent execution. Reacting to tasks quickly and performing qualitatively, if necessary, so that the task was put out "as for itself" - then Elena will deal with this task on the hour.

Everything is great. Thank you for the job.

The project is done clearly, professionally, in time. We are looking forward to good results.)

I was satisfied with the work. They all performed within the agreed time. I recommend it.

Everything is done well and before the declared deadline. The task was clearly agreed at the beginning of the project, and at the end - a report on the work done with detailed screenshots was provided. High professionalism and attitude to the project. and brave.

It is clear and timely. The work is done very well, I highly recommend. I will go to the next. thank you)

Elena is an excellent competent, patient artist, will help even if you are not at all in the topic. Fast and quality. I recommend to everyone!

Operational implementation of the project. thank you

Thank you very much, the site is finished in time.Professional of your business!

Elena is a very punctual and executive person, everything was done in time, reports are provided in all stages of work. The advertising campaigns have already been launched and set up, and everything was promised has succeeded.
I recommend cooperation!

The work is done well.
For all questions, a clear instructions were given. I recommend it.

The project was completed, but the collaboration and execution remained unsatisfied.Quality of work: the executive does not think it is necessary to contact the customer and discuss the points of the project, but simply does at his own discretion or does nothing at all.So it was not installed (replaceed) the brand logo of the store - the question is why?The executive accused me that I did not provide access, but Elena, all the access you requested I gave you.I don’t understand this, and I did exactly what you told me, you asked for access, showed where and what – I gave it to you.If you don’t know what access you need to do, it’s your problem, but it’s not mine.In any case, you could request this access in addition, and I had provided it to you, but you just decided to do it silently at your discretion, ignoring the customer.Additional questions were answered by quotes or screenshots from a Google reference, instead of making their words accessible and understandable to answer.Per

It’s nice to work with a specialist. We will cooperate in the future.

Everything is done quality and in time. The TZ for the programming has been prepared very detailed. The settings in GTM and GA are done quickly and professionally. The advertising company in Google Ads was created and set up quickly and well. I am very pleased with the result and cooperation. Thank you for work!

I strongly recommend this executive. The work was completed in the shortest possible time, and all questions were answered. Despite the fact that this executive has little reviews on this portal, the approach to work is at the highest level.