Offer Aleksey to work on your next project. 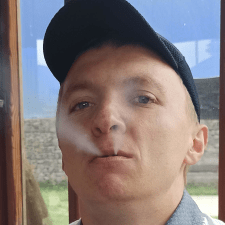 Reviews and compliments on completed projects 48

Text as usual at height.

I will be happy to contact others and I recommend them.

A great performer! I’m not working for the first time! I recommend !

Quick and efficient performance, I recommend the execution!

Quick and quality performance of the task. I recommend !

Good night ! Thank you for work

I recommend cooperation. The task was done super quickly!

The task is performed quality, all as agreed. I am satisfied with the collaboration, I recommend.

Everything was done quickly and smoothly. I recommend the executive!)

Thank you, I am happy with the result.

He performed his work well!
The reports were all sent.
There is no pretention!
pleased with cooperation

In general, the feedback is not quite positive.

1 . The text was provided with errors in grammatics, pointing and footprint. Such errors are like a soft sign in tsi and tsi. and dr. The programming man when he downloaded half corrected, but he did not fix everything.

2nd The cost was indicated one, in the end, the executive requested higher. At the question to justify he replied that everything was approximately (but on the other side). In the end, they agreed on the price that was in the contract on the chant.

Three I’m always loyal to the performers and try to write positive reviews. This time I was sick and asked a man to wait for me to come to work. Crown and high temperature. But the executive demanded a fee for the work he could not justify. If he was in a position and would give him a couple of days to recover, because. Everything happens in our time, then I would not also deepen into these nuances, but it came out as it came out.

Of the plus: contactful, pleasant in communication and comply with the deadlines.

Everything is done in time, happy with the work.

Everything is great.
The text was made clearly and from the first time.
I recommend !