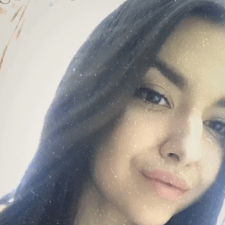 Reviews and compliments on completed projects 134 1

Everything in time, fast communication, good approach. I’m not calling for the first time.

It was a great pleasure to work with Natalia) The work was done quickly and quality. I recommend cooperation!

Everything was fast and well, if needed, I would ask you again. 🙂

Thank you for your graduate work!!The !

The work is done in time, quality at height. Without trouble, Natalya picked up the material for the upgrading on the uniqueity and patiently waited for my answer when I had two days failed to get out of contact for personal reasons.
I recommend this manager 100%.

This is the second time I am addressing this executive. I admire working with him. I advise you all! ♡

The work was done very quickly!

I advise you to work with this author. Everything is done quality and not very delayed in time.

Everything is great! I recommend a great freelancer.

I recommend it! The work was done timely + freelancer was in contact

The work was done quickly in accordance with the content requirements. There were nuances of uniqueity, but Natalia brought the directions and I hope it's all quality.
Thank you for cooperation.

Everything is done quality and in time. I highly recommend this executive.

There were four days to work. He stopped reacting and reading the messages. The work is not performed.

The work was done well, all the directions were introduced quickly, everything was great, I recommend the executive to work together!

Natalya honestly left the job, the work in general corresponds to the content, the level of uniqueity is observed and confirmed by reports, for which she is grateful.There were little delays, but that’s not important.The only thing that Natalya promised to do everything clearly in accordance with the requirements of the methodology, and when I got the job, there were errors in the layout, not all the elements of the entry were completed, some questions on the content and conclusions were not made according to the tasks in the entry.To a very important note, I want to point out that literature in the course is not real, that is, the links do not match the source at all.I wrote the corrections that were related to the methodological requirements and asked to disclose real literature, as my teacher is concerned with this.Correction was done at 80%, something was left, the main note in literature - too.I wrote to the executive that since not all the corrections are done, I have to be sure that the work will be accepted.On the same day, Natalya wrote that she is waiting for the closure of the project.I told you I want to wait for answers from the manager before the project is closed, as not all the corrections are done and I have to be sure that in the future, if the manager doesn’t like it, Natalya will still fix it.Unfortunately, the manager has not yet responded, and Natalya asks to complete the project, although she promised that the correction will be done after completion.I hope it will be so.

The work was done quickly, but the executive does not give the opportunity to know the result of the check, so closed so far, I hope that there is all quality

A little bit of feedback was not enough this time and the requirements of TZ were not fully met.
The work is done in time, thank you.

Nathalie performed the tasks quality and in the scheduled time, even in greater amounts than I expected. I will continue to work with such a responsible executive. I strongly recommend cooperation!

All done wonderfully, thankful for the work done!The !

Thank you very much for the great report, it’s all fine!

Thank you for collaboration, I like it, I recommend it!

The report was done very well, thank you for your collaboration!

22 June 2021 510 UAH
Reference on the topic: Modern technologies and their possibilities

Good artist, I recommend it!

Thank you for cooperation. Everything is wonderfully done. I hope to cooperate in the future.

The author did a lot of work, the text was not understood in places, but then he corrected everything!

The manager was always in touch. Everything is performed. Unicity of Touch.

Everything went well. All the observations were taken into account. The work was performed well.

Thank you for cooperation.

Closing the project.
Thank you for the performance.

Thank you for the performance!
We work further

Thank you for the good work.I recommend the work.

A man is in time. I hope we will cooperate in the future.

Thanks to the author for the work, everything was done in time.

I liked it all, thank you.

Thank you for the performance! Qualitatively and quickly.

Thank you very much Natalie! The project was implemented very quickly! I am very pleased with the quality of work!

Great work, thank you!
Everything is done quickly, carefully and quality!
I’m going to address myself and I recommend it to everyone.

Nathalie quickly and efficiently dealt with the task.

All class I liked the result I'm happy

Natalia did everything very well, timely and most importantly, came out to contact. I am planning to order projects with you! I liked it all, it's all super! Thank you !

Everything is super. At the beginning there was fear (for the first time I used such resources). But the artist is just as pleasant as possible. The work is done in time. No claims. You can be courageous 😉

Natalia was very creative to prepare the presentation and made it in the shortest time possible. I strongly recommend the executive!

Well done, in time, fulfilled according to the requirements! I recommend it!

Nathalie has done the task well. I recommend the freelancer as a good and responsive performer! Thank you very much for the work.

Thank you for the fast work.

I am pleased with the collaboration with Natalie, the responsible execution.

Thanks for work, I liked it all.

Everything is fine, thank you! Natalya Youth

The work is done in the shortest time possible. I recommend the executive!

The work was successfully done.

Closing this project!
We work further.

A great performant has done well

It worked well, Natalia brought the directions quickly, the work was done in time.

It’s okay, if so, I know to whom to contact.

Thank you for the performance!
We work further.

Thanks to the executive for the good work!

They did well and quickly. I recommend contacting.

I am pleased with the work, thank you, I recommend!

Thank you for implementing the project!
We work further.

It’s great, I recommend the artist!

Thank you for work. I recommend the executive!

Thank you for agreeing to do the job.

Thank you for work, everything is done well.

Everything is perfectly performed. In time and quality

The work is done well, at a fairly high level!!The !

Fast and quality! We will continue to cooperate! I recommend)

This is not the first time we work together. All is great

Thank you for work. Everything in time, the directions are taken into account.

Everything was done well and without delay.

A wonderful performer! I recommend!

The results are done quickly, thank you!

Thank you for work. I recommend the executive!

The work is performed quality and in time. I am pleased to contact again.

It was a great pleasure to work with Natalia. Perfect work, always in contact! I recommend

Everything is fine and in time. No observations at all.

Proper and quality done work. I recommend the executive!

Save for quality and speed!

Thank you very much for your work, we will work together!

The author made the order quickly in accordance with TZ.
Very pleasant to work.

Thank you all done in time.

The work is done very well and in time. Thank you very much. I recommend !

Everything is perfect, as it will be a rating, I will say the result, sure 10-12 points.

Everything is good and fast. I recommend !

Thank you for good work! All quality and in time!

Operational and quality.
I recommend cooperation!

Thank you for work. Nathalie is always in touch. I recommend cooperation!

He performed the work in time. I'm happy, it's not the first time I'm talking.
I will contact you again)

Thank you, the work was done in a clear time, the author also promised free improvements.

I did the course in time and I am satisfied with the results.
I will order more.

Order is fulfilled. I can’t say I’m completely satisfied with the cooperation. But, the executive quickly removed all the errors. I was also very pleased with the knowledge of English, which was important in this task.

Thank you for the work done)

Thank you, Natalie, you gave me a great deal.

Greatly performed work. Thanks for the rapidity.

It is performed in timetable and according to technical task. I recommend it.

Everything was done, as it was agreed, a little delayed deadlines, but this is not critical.

The work has been done very well, and it is also very pleased as the artist! I recommend the collaboration and again thank you very much for the task!

Excellent freelancer, performed quality and in time. I recommend !

There were four days to work. He stopped reacting and reading the messages. The work is not performed.