Offer Katya to work on your next project. 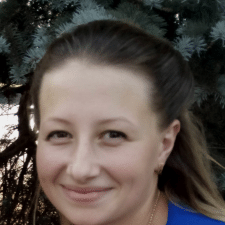 Reviews and compliments on completed projects 102 2

The executive fulfilled all the wishes, communication comfortable

Thank you for work! I'm sorry I didn't answer the message often.

Thank you very much for your quick and beautiful help! It is a pleasure to work together again!

Thank you very much for your speed and willingness to help! Everything is done quickly and quality.

Katya, thank you for the work, another beautiful game is printed in the printing. Thank you for speed and beauty!

Thank you very much for the help!

Katya performed a job from which before her everyone had been refused in advance or taken and could not perform. thank you.

The work is done quickly and very quality. A super professional.
I will contact more.

She quickly fixed all the directions, and then offered interesting ideas! Thank you 🙂

I really liked working with Ekaterina) provided a lot of options and brought all the directions) very careful performers, you will definitely be happy! I recommend ! And I’m going to talk again! Thank you greatly!

I am satisfied with the employee's work. I feel the style and understanding of the image in the work on the images for my site. The attitude to my remarks and requests to make it was loyal, kind, Kady demonstrated responsiveness. He has never received a comment on his misunderstanding of size, color and other artistic pieces.

Everything is great. Katya young, she did everything well. I delayed a little but I hope to understand.
I recommend cooperation

Thank you for the quick and quality work done! Everything is great!

I liked it all, good artist!

Thanks for good work.
It was pleasant to work together.

Thank you very much for your work done, for understanding and fruitful cooperation!

Everything is done in time and all wishes are taken into account! Thank you very much for the speed! I will contact you again!

21 February 2020 2000 UAH
Required a designer of banners, brochures for the real estate agency

A great specialist. Really a professional.

The work was done quickly and quality.
The executive listened to all the nuances and was always in contact.
I recommend this executive.

Catherine made us a map of the world for laser cutting. I am very pleased with the quality of the work done. She listened to her wishes, even advised from her experience where it was best to do.
In the future, we will definitely be contacting more than once.

The work was done quality and quickly. He is completely satisfied with the work, just like Katay, he is a professional in his business. We will continue to cooperate together. Thank you !

The task is performed quickly and quality. Everything needed 🙂 Thank you for your help!

Thank you Katy for the operational work. Everything is done professionally.

Very quickly, taking into account all the directions, the work was done! Very pleased, I recommend! A reliable executive!

Everything is just great!
Very pleased with the work, done faster than planned.

The work is done quickly and quality!

The work is done quality and quickly!
thank you.

Quite, fast and well-known. I recommend Katy as a good specialist!

Super, I liked it all. The truth had to be traded, but how without it.

The task was simple.
I didn’t like the professionalism of the artist. I had to draw a couple of small pictures. One of which I sent myself.

A good job. thank you. I will contact you again.

A good job. All work is done quickly. The executive is responsible and professional. It was pleasant to work.

The task is done properly and in time, I can recommend.

After 15 days!, instead of 7 responding to the project, the freelancer wrote that she was in the hospital and could not perform the project. Before that they were sent, instead of photo-realistic images of furniture in the graphic program on the already ready models, photographed and curve cut with the coral geometry of the picture. I asked to correct them, what was given the answer that would be corrected, lost another three days and three days later the freelancer wrote that he could not fulfill the order. Lost time, the result is zero. I am very unhappy with the work.

A good job. Fast and quality. I recommend it!)

Thank you, it’s all super! The work is done clearly and in time.

Freelancer did everything quickly and efficiently.

Thank you very much for the quick and quality work!

Excellent artist, all in time and quality!
I recommend !

Fast and easy, thank you.

Thank you Katie, it’s all as fast as required. The work was small, and now we will try to work with more serious projects.

20 February 2018 1000 UAH
Translation of 8 instructions, from Polish to Ukrainian

Everything quickly and professionally

Everything is done quickly in several options. I recommend the executive!

A good freelancer. Everything is done quality and in time. I am pleased to get another. I recommend to everyone!

I am very happy to work with Katy. Everything is done quickly and quality.
A very good freelancer and a great specialist!
I recommend everyone to contact her!

Freelancer rarely responds to messages and pulls with order

Katarina is a great designer! It was pleasant and easy to work with her. I recommend it as a good artist.

satisfied with work. It was a bit delayed but was compensated by repair and detailing. It is better to send a photo of what you need to draw, then the accuracy and proportions are much higher.
I recommend!

A great specialist. He literally understands half-word what to do. Thank you for the creative approach.

The task is done, thank you!

I really liked working with Katarina) I will contact her in the future) It works quickly and quality! I advise!

Thank you very much, Catherine, it was all right in time. Save me again!!The !

Fast and skillfully. Work with Catey the master of your business.

24 March 2017 400 UAH
You need to draw a character in two locations according to the finished example.

So fast and what I expected.

Thank you very much for the work! Complete quickly, carefully and quality.

A great executive. I did it quickly, quality. I’ll be contacting further.

Thank you very much Katie!!! The work was not easy, but it was done in time and most importantly very quality. I highly recommend to everyone.

Katya, perfectly dealt with the task placed, very beautifully drawn all the details, counted all the wishes. It was a pleasure to cooperate with her. I recommend it to everyone!!The !

A great executive. Everything is done in time. Thank you !

The project is done well.

A very patient executive. I recommend !

26 October 2015 500 RUB
and temporarily! Banner in the correlation. There are preparations.

Thank you, everything is fine. The project is implemented.

It’s not the first time I’m working with Katarina. The work was done quickly and quality, no claims, all our requests were quickly fulfilled. We will continue to work.

The project is completed!

I like the work. Katya performed even before the agreed deadline - a smart woman. More such people. There is nothing to do. I would like to note the high professionalism of Katarina, organizedness, the ability to understand the customer’s goals and effectively realize them. Communication did not cause any calls: the answers were received immediately, the changes were immediately made to the project.
I highly recommend Katy Lebedenko as an effective partner, and I will put it on my list. From cooperation only positive impression and mood.

Katya is a very good designer. I did it quickly and as I wanted it. I was a bit delayed with the payment because I was forced to leave urgently, but Katya took it with understanding and the cooperation was pleasant. Thank you, I will contact you again. I recommend cooperation!

A good job. Katya is a professional in his business.
He listened to all the wishes, and also considered them in the development of the logo.
They were satisfied.

Cat – the youth! made faster than the deadline stated. I proposed several options. Almost nothing had to be changed. He is in good contact, he reacts quickly. I'm happy to work 🙂 I'm going to contact you again!

Catherine, a wonderful designer! Fast, clear and high quality!!! Thank you, I will contact you 🙂

Thank you Kate. It did everything quickly and beautifully. I am very pleased with her work.)

I'm working very well with Katarina, and it's not the first time I'm talking to her.
I recommend as a professional and a good person.

Thank you very much, all quickly and very quality! I advise everyone to work with this great designer.

Again a great result! Thank you !

A great executive. Fast and quality.
I recommend cooperation.

The project is implemented in a quality and timely manner. Katya is a responsible person, all the time in contact. All corrections during the work were done very quickly. I'm happy with the work, I'll work with Katarina further.

20 March 2015 500 RUB
Logotype for the forum, develop and negate in vector and rastre

It was very pleasant to work.
Everything is done beautifully and quality.
and in time.
I recommend

Everything is fine, thank you! Qualitatively done work. Katya immediately understood the task and performed everything required, always in contact. Thank you for good work!

This card is part of the banner. Two top designers were unable to draw a clear map. Katya worked brilliantly. This is exactly the case when the designer tries and hears the customer, the absence of an extensive portfolio - sometimes plus, there is no star disease. The order was executed instantly. I am very grateful, I recommend it to everyone. I will definitely cooperate.

Thank you Katarina for the great work. I will contact again.

Constantly in contact, very responsible and careful execution. Working with such people is a pleasure.

After 15 days!, instead of 7 responding to the project, the freelancer wrote that she was in the hospital and could not perform the project. Before that they were sent, instead of photo-realistic images of furniture in the graphic program on the already ready models, photographed and curve cut with the coral geometry of the picture. I asked to correct them, what was given the answer that would be corrected, lost another three days and three days later the freelancer wrote that he could not fulfill the order. Lost time, the result is zero. I am very unhappy with the work.

Freelancer rarely responds to messages and pulls with order